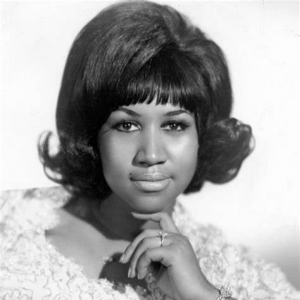 The Rich and Famous Can Make Estate-Planning Mistakes, Just Like Regular Folks

All the money and fame in the world sometimes doesn’t mean that stars and celebrities get the best estate-planning advice. You know better, right?

You know to make a will.

Musician Prince never did, and because of that, even a prison inmate popped up to claim he deserved a share of Prince’s estate, worth hundreds of millions of dollars. The court battle drags on, five years after Prince’s sudden death. Attorneys, consultants, and financial institutions have been paid many, many of Prince’s millions. IRS claims it is owed a staggering tax bill. One of Prince’s siblings, who was in line to inherit, has recently died. That’s just one of many problems with these long and public delays.

Billionaire Howard Hughes died without a will. Somebody found one later, but it was proved to be a fake. A court battle ensued. It took around 34 years to straighten out what should be done with his $1.5 billion.

Singer Aretha Franklin died without a will. Once again – are you seeing a theme here? – her $80 million estate ended up in court.

You know to keep your will in a safe and obvious place. Right?

Olympian athlete Florence Griffith Joyner may have had a will – somewhere – but nobody could find it. The matter ended up in court, once again, for years. The issue was whether Joyner intended her mother to live, rent-free, in the Joyners’ home.

If you’re getting a divorce, don’t delay.

Singer Barry White did. Despite that he and his second wife were in the process of separating at the time of his death, the second wife ended up with his entire estate. His children from other marriages, and his live-in girlfriend at the time, all sued. The law says that until a divorce decree is signed, you are still married, and if you pass before that and your estate plan includes your soon-to-be ex, that person will get your property. So after your divorce comes through, come see us the minute the judge finalizes the order.

Don’t try this at home.

Actor Philip Seymour Hoffman didn’t like the idea of his children becoming “trust-fund kids,” so he left everything to the mother of his children, to whom he was, unfortunately, not married. The result was a tax bill of millions of dollars. This could have been avoided if, instead, he had consulted our estate-planning expertise.

You know the homily “the cobbler’s kids have no shoes”? People who are experts provide their gifts to others, but not to their own. Supreme Court Justice Warren Burger typed up his own short will to dispose of his $1.8 million estate. He may have known Constitutional law, but not estate planning. His family paid a huge chunk of his riches in estate taxes that, once again, could have been avoided if Justice Berger had just asked us.

If big changes happen in your life, come see us right away.

Actor Heath Ledger didn’t call us. His outdated will left everything to his parents and sisters, but after he wrote that will, he had a daughter with his girlfriend. It was only by the grace of Ledger’s family that they gave the girlfriend and daughter some of Ledger’s money. Don’t rely on your family to be that righteous.

Marlon Brando’s housekeeper claimed he had promised her that she would get his house when he died, but that he had put nothing in writing for tax reasons. She sued. Three years after Brando’s death, his estate settled with her for $125,000.00.

The reason you’re reading about these protracted legal battles, apart from these people being household names, is cautionary: with proper estate planning, your private affairs won’t end up in the newspapers. Don’t let this wrangling be your legacy. Come see us now, to talk about a plan that will work for you.

Understanding the Probate Process with or Without a Will 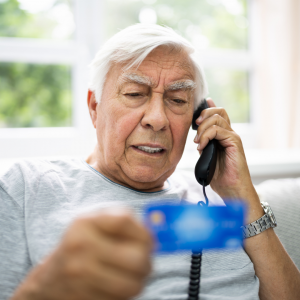 Watching for Signs of Elder Financial Fraud and Abuse

How to Avoid the Four-Headed Monster available on Amazon
PrevPreviousVeterans Benefits Planning is More Important than Ever
NextDo Personal Injury Settlements Affect My SSDI or SSI?Next