A well designed Estate Plan can bring great peace of mind to you and your family.

Many people dismiss the importance of estate planning because they believe it applies only to those with significant wealth.

In reality, your estate is everything you own:

If you own something of value that you wish to pass on to someone else upon your death, you have an estate.

At its core, a basic estate plan conveys your wishes on how your assets should be handled after you’re gone. However, a quality estate plan goes far beyond distribution of assets.

A quality estate plan protects your heir’s inheritance from divorces, lawsuits, and creditors. It keeps your estate out of the lengthy, expensive, probate court process. It can prevent the tax-man becoming an involuntary beneficiary upon your passing for the estate “death” tax (currently in Massachusetts, estate tax is triggered for any estate over $1,000,000, which includes the value of your home).

Proper planning can also protect your nest egg from future long term care costs. Statistically, 7 out of 10 people will need some form of long term care.

It’s easy to see how even after years of disciplined saving, nursing home bills or in-home care costs can quickly deplete your bank account. It’s important to take action now while you are alive and well. Click here to get started.

I have a will, is that enough?

If you don’t own a home or any other sizeable assets, a Will may work for you. However, all Will-based plans will go through Probate court upon your passing.

Probate is a lengthy, expensive, and stressful process for all involved..  The average cost to probate an estate is around 5% of the estate’s value and takes 1 to 2 years to settle.

We have seen many families torn apart and stressed out dealing with probate. For this reason, we create trust-centered estate plans that avoid Massachusetts probate court entirely.

Click here for a story about Bob's will, Betty, and the son who was left in the lurch

Let’s illustrate the inefficiency of a Will with a quick story about Bob and Betty.

Bob moved to Florida after the death of his wife. Since he’s a very popular guy among all the widowers on his cul-de-sac, he hooks up with “Betty the Bar Maid” and they get married.

Bob, being a standup guy, decides to change his will naming Betty the primary beneficiary. Now his son has been bumped to a secondary role.

One day Bob passes away and everything he owned went to his new bride, Betty. A few years later Betty dies.

Bob’s son calls his father’s Florida attorney who does not return his phone calls. Bob’s son hired us to investigate because he understood that he was his dad’s back-up beneficiary and next in line to receive his inheritance. We contact the Florida attorney asking to get information on his father’s three houses so he can start making plans.

Here’s the bad news: When Bob died, Betty went to her attorney and had her own will created. Who do you think Betty named as her beneficiaries? That’s right… Betty named her own children and left everything to her family… with nothing left for Bob’s son. A sad, but true story.

Bob likely never fathomed in a million years that this could happen. Unfortunately, this situation is more common than you’d think.

A will does not provide any asset protection and is typically woefully insufficient to protect your loved ones. What was needed in this situation was lock-down language, in a trust-centered estate plan. Language that stated after Bob died, Betty could not remove his son as the back-up beneficiary. This was a very expensive and hurtful lesson for Bob’s son.

What is a revocable vs. irrevocable trust?

Most trusts are revocable, meaning they can be changed or terminated (revoked) at any time.

Irrevocable trusts (we call them your “Treasure Chest”) are most often used to protect assets of a senior that will have future long term care needs. 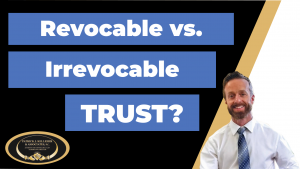 For the purpose of Medicaid qualification, assets transferred to an irrevocable trust are not countable. Therefore, a senior could place their home inside this trust and it would be protected should they need to apply for Medicaid to cover long term care costs down the road.

Keep in mind that Medicaid has a 5-year look-back period. Once you apply for Medicaid, their office will review all asset transfers from the previous 5 years. This includes any transfers of assets into your “Treasure Chest”. The Medicaid office imposes severe penalties on those transfers including the denial of benefits.

The clock starts running the day your assets are transferred into your “Treasure Chest”. If your goal is to protect your home, it’s extremely important to take action now while you are healthy. That way, you can make it past the 5-year look back period before you need long term care.

How to take action now

It’s never too late to protect your life’s work. When we sit down with you, we discuss your goals and look into the future to develop a complete plan that protects you for generations to come.

If you or an aging loved one have been putting off making a plan, take action now while you are alive and well, before your family is left behind to suffer the consequences.

At Patrick J. Kelleher & Associates, P.C., we assist seniors and their families in making the tough, but necessary decisions regarding their wishes, goals, and being mindful of future long-term care needs.

We would be honored to help you and your loved ones. Click here to get started. 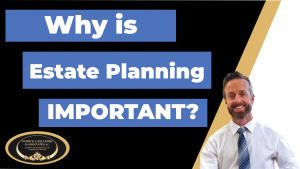 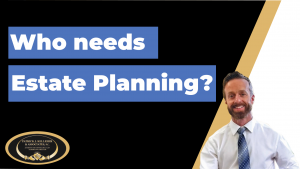 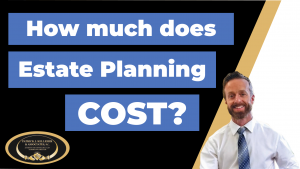 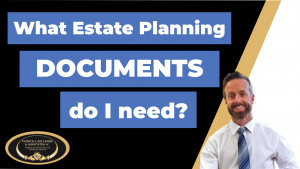 How to Avoid the Four-Headed Monster available on Amazon 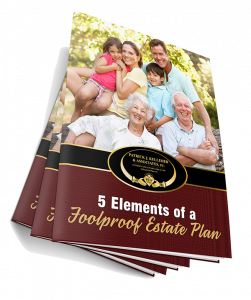 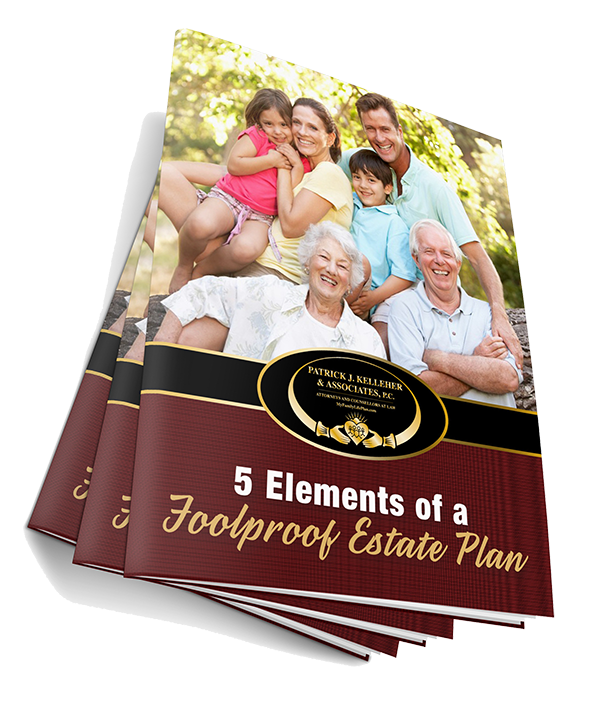 5 Elements of a Foolproof Estate Plan

Learn how to protect your loved ones. Download our FREE guide.