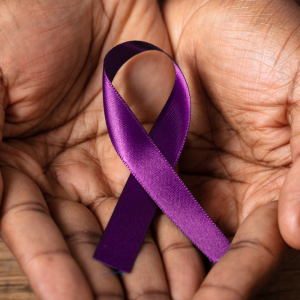 Alzheimer’s Disease (AD) plagues over 6 million Americans with progressive and debilitating dementia and anxiety. It is hard to exaggerate the emotional and financial toll on families afflicted with the disease. People are desperate for therapies to improve the patient’s quality of life and slow the progression.

Like all neurological diseases marked by neurodegeneration, the cause is so complex that finding a cure is a long way off and will likely include a cocktail of therapies. One therapy that gives some families hope for better days is Aduhelm™. Aduhelm is the trademarked name for the drug aducanumab, developed by Biogen and Esai.

On June 7, 2021, aducanumab became the first Alzheimer-related drug since 2003 to get Food and Drug Administration (FDA) approval. Even more importantly, it was the first Alzheimer’s drug to treat the disease, not just the symptoms. Brains with AD often have a build-up of amyloid plaque. Aducanumab demonstrates an ability to remove amyloid plaque from the brain. Clinical trials showed that some patients experienced delayed decline from Alzheimer’s Disease. However, the FDA approval and the release of Aduhelm™ sparked huge controversy about the safety, efficacy, and price.

Before any drug gets FDA approval, the company sponsoring the clinical trials must undergo three phases, showing that it is safe and effective. Aducanumab failed to show that the efficacy clearly outweighed the dangers. In most circumstances, this failure would have meant that the drug would not be approved. In this case, the FDA ruled that Biogen could release aducanumab as Aduhelm as long as it continued to collect clinical data. It is essentially the fourth phase of clinical trials allowing any patient with mild Alzheimer’s whose doctor prescribes it to participate. Three out of nine members of the FDA advisory committee disagreed so strongly with making aducanumab available to the public that they resigned in protest.

Medicare and the Cost of Aduhelm

When Biogen first released Aduhelm, they priced it at $56,000 annually. The price sparked outrage among many groups, and Biogen later lowered it to $28,000. Centers for Medicare and Medicaid Services (CMS) struggled to decide how they would authorize Aduhelm for Medicare and Medicaid beneficiaries. Families eager to gain access to Aduhelp pleaded to CMS to make it available. On April 7, 2022, CMS released a statement authorizing it for patients enrolled in a clinical trial. In the same statement, they said they would include any new drugs in the same class if they got FDA approval.

Other Drugs on the Horizon

Is Taking Aduhelm the Right Decision for You or Your Loved Ones?

Talk with your physician about the risks of Aduhelm. The side effects are serious, including brain swelling, confusion, diarrhea, and more. Also, remember that Aduhelm must be administered by infusion, so patients averse to needles should consider that in their decision-making process. The risk of side effects, price, and getting the infusion might be worth spending more lucid days enjoying activities and people that contribute to your quality of life. It is important to have the latest information to make the right decision for you or your loved one.

If you or a family member has dementia and would like to discuss how this may affect your estate plan (or if you need to create an estate plan), please contact our Elder Law Care office or your local elder law attorney for help. 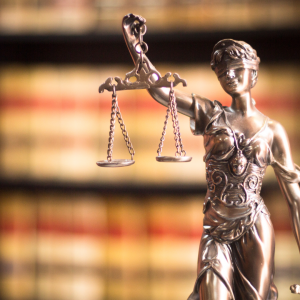 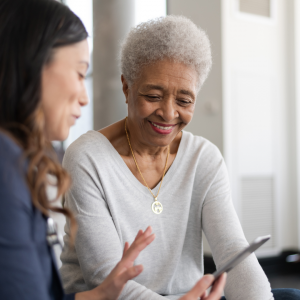 How to Avoid the Four-Headed Monster available on Amazon
PrevPrevious5 Things Massachusetts Nursing Homes Are Not Allowed to Do
NextMedicaid Qualifications for Seniors, Special Needs, and Disabled PeopleNext